Sometimes it won’t matter how careful you are with your car to avoid getting a dent and it can be frustrating when it happens. There are many instances in real life that can cause dents to your car. Shopping carts in the wind, kids playing too closely to your car or a light post that seems to come out of nowhere can all cause dents. The only thing that you can think about for the next day or two is how on earth you’re going to get it fixed. Top Notch Auto Body & Mechanics present some remedies for fixing car bodywork dents.

How to Get Dents Out of a Car Door Panel, Bumper & More

• Method #1. How to fix a dent in a car door with a plunger. Small to medium sized dents can be removed with a plunger. Get the plunger and the dent area wet. Then start pushing and pulling until the dent pops out. You need to make sure you use a cup plunger for sinks and not a flange plunger for toilets.
• Method #2. Fix dents in car bumpers with boiling water. The easiest way to get a dent is when you back into something. Even if you take a plastic bumper off and try to push the dent out it can be difficult. Plastic bumpers are made with stiff plastic. Try using boiling water by throwing it on the dent. Immediately after you have poured the water on try and pop the dent back. The heat of the boiling water will help make the plastic more flexible but you will need to work quickly and repeat if needed.
• Method #3. Hair dryer and compressed air dent removal; does it work? If you have a hair dryer and compressed air then you have a great way to pop a dent out. Heat the dent with the hair dryer at the highest setting to expand the plastic. As soon as it’s very hot take a can of compressed air turned upside down and start spraying the area. The cold air will cause the plastic to contract and the dent should pop out.
• Method #4. Dry ice dent repair. Dry ice is primarily used as a cooling agent but it can be effective in removing dents. Just make sure you are wearing gloves to protect your hands. Take a piece of dry ice and hold it on the dent and rub it around until you hear the dent pop back. You can also try heating the area first then using the dry ice. Repeat as many times as needed.

The location of the dent and the material of the dented area can make it harder to remove them. If you need professional help to make your car look perfect again, contact Top Notch Auto Body & Mechanics for professional assistance! 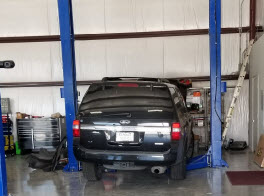 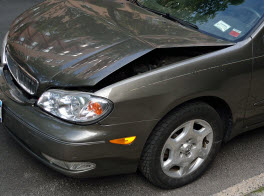 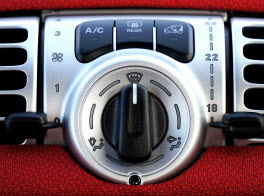